The Politics of Obstruction and S & P 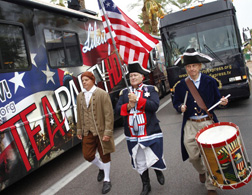 I like a good game of dress up as much that next person but enough is enough. The time for making a point about the debt ceiling expired in April. The fact that the people that represent us would push the country to the edge of default in an attempt to push us closer to another recession is beyond me....but there I go thinking again. Republicans would do themselves a favor to push these policy-challenged tea drinkers into being a real party. Do not allow them to use party resources. They are making you look like fools. The American people are smart enough to know terrorists when we see them (policy terrorists in this case).  Keeping them around is like letting your crazy uncle walk around the house in his underwear in front of guests....awkward for everyone involved. These people clearly have no understanding of the way government works, and I'm sorry to be an academic about this --but you have to understand something before you can change it.....at least if you intend to change it for the better.

Democrats, it’s been a rough few days hasn't it? What would happen if you employed the tactics of the --shall we say--academically challenged sector of the Republican Party? I know you're too good for that, right? You would never stoop to that level, would you? As long as you're no threat to, they will continue to pull these stunts and destroy what Americans have built. Think your way out of this! Stand up for the values of the people that work in this country and expose these fringes for what they are-extreme. I miss Representative Weiner (at least he had one).
Standard and Poors
http://www.standardandpoors.com/home/en/us
http://www.cnbc.com/id/44054807
Elections have consequences….I wonder if all the grandstanding and flag waving was worth what has happened. The credit rating fiasco was completely self-inflicted. And the idea that another downgrade may occur if the “super-congress” doesn’t commit to make real policy a part of the next policies proposed in November should scare you.
More later….
-A
Posted by A. Phoenix Richard at 12:59 AM No comments:

Posted by A. Phoenix Richard at 3:36 AM No comments:

Debt Ceiling!
I cannot think of a more ridiculous reason for a "showdown" between our parties. It was raised 7 times under Bush.....7. None of those seven times were under the scrutiny of a microscope. It is this madness that turns Americans off to the political process. Ironically, it is the citizens that will suffer when/if this game of chicken ends in someone not being able to open the car door and escape. Have we learned nothing from Greece? Do the republicans care so little about the country that they are willing to destroy it to prove a point? I'm just asking....because I honestly don't know.
Posted by A. Phoenix Richard at 11:46 PM No comments:

What Happens When Americans Order Change?

Dutch Holland, a man I respect, penned a business management book entitled, “Change is the Rule”. In business that makes sense but in politics change is something politico’s like myself laugh at the notion of…because it is an illusion. Tonight Barack Obama and Mike Huckabee got the last laugh when they emerged as giant pillars of the American CHANGE theory.

Governor Huckabee is a change candidate and although an evangelical Christian winning in Iowa seems less than noteworthy, I invite you to look a little closer. Mr. Huckabee dances outside the fire of typical republican circles. He’s no battled war veteran like McCain, or 9/11 rough rider like Giuliani and isn’t a Mormon (which I think endears him to a sect of the republican party who are afraid of too many changes); Instead, Mr. Huckabee is the republican follower to Bill Clinton (as Arkansas governor) and a former minister. At least when this man panders to the religious right he will be pandering to himself as well. I’ve reviewed where Mr. Huckabee stands on the issues and I only found one thing that I think will hurt us as a nation if he were elected president. No, I’m not telling you what that is…..do your own research, form you own opinions, think for yourself. http://www.mikehuckabee.com/

I could write a book about the significance of Obama’s Iowa win. Tonight when Senator Obama addressed his Iowa supporters he began with, “They said this day would never come….” I have never heard such an understatement in my life! The notion that a black man could win a caucus in nearly all white (less than 3% of the population is African-American), conservative, Iowa speaks volumes about change in this country. I’m inspired by that level of change just months after the Jena 6 made headlines with memoirs of how little things have changed. I’m inspired my Mr. Obama’s willingness to work with America, not just the democrats or republicans. I’ve read his stances on the issues and find his approach fresh in that he looks at the world from a very different perspective than any other candidate I’ve known. Again, do your own research. http://www.barackobama.com/index.php

Alas Iowa is but one stop along the long road to the presidency so allow me to impart a few parting thoughts. If your candidate came up short, don’t give up. This is just the beginning. Supporters of those who won tonight, bask in the night but with this dose of realism; Neither Bill Clinton, nor George HW Bush, won the Iowa caucus the year they were elected President of these United States. Running for President isn’t a sprint….it’s a marathon……….. ask Howard Dean. ;)

As the race for the presidency continues.....the king and the queen of the democratic hill individually out-raised (in terms of money of course) all republican candidated combined. Impressive??? I'll say.

Off topic:
I call on all Americans to send a note of thanks to our troops.
It's as easy as logging on: http://www.letssaythanks.com/
-A

Today is the anniversary of "Operation Iraqui Freedom" or "Vietnam II," as a very industrious reporter once called it. Four years and counting...

Out of respect for my country I won't even explore my personal feelings about the war...instead I'll simply pray for our soldiers and thier families. I hope this was all worth it.

Posted by A. Phoenix Richard at 1:54 PM No comments:

Domestic Policy: What have we done for ourselves lately?

We're in a war and constantly extending our help and money to other countries and but what have we really done for ourselves lately? It sounds selfish, I know but our government is, aferall, in the business of protecting our national interests and its citizens first and foremost....at least that's the way it should be.

We have been so bogged down in the shadow game that was "immigration reform" that Americans neglected major domestic issues of the day.

Health Care: Yet we are the only "1st world" nation not to have a national healthcare plan. Some Americans even resorted to crossing the canadian Border to fill thier perscriptions because they could not afford it in thier own cuntry (That's shameful). Citizens and "Big Coporations" (i.e. Walmart & Target) have made the only good significant cahnges in the battle over percription medication by initiating a monthly $4 plan.

Education: No Child Left Behind(NCLB), a H.W. Bush iniciative that focuses on accountability and open exchange of information to parents. Some research has shown that more money for public education cannot improve schools without the reform of school bureaucracies and the creation of competitive incentives. NCLB addresses alot of that...and as most legislation does creates a few new problems. All in all I appreciate the effort and attempts NCLB introduced. it will require tweaking but its a good start.

Posted by A. Phoenix Richard at 2:34 PM No comments: 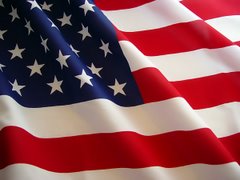